Your Best Friend Can Kill You(But Probably Won’t): Intro to Zoonotic Diseases (More Fun Things to Share with your Dog!)

Let’s start this off with some terminology!

Zoonotic: Pertaining to a Zoonosis: a disease that can be transmitted from animals to people, specifically that normally exist in animals, but can also infect humans. 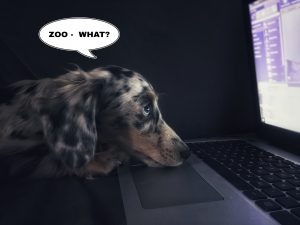 Do a little research on Zoonotic diseases and you’ll turn up an overwhelming amount of information. 100+ Zoonotic diseases can be caused by everything from bacteria, to fungi, parasites, and viruses, and some are very common, while most are very rare in the US and not a huge concern for us. Having a weak immune system and not properly caring for yourself in a hygienic way can increase the chances of exposure. And while most domestic animals CAN spread these diseases, it’s really not a common concern for the average person as long as you have a strong immune system and good hygiene. Dogs & Cats would be our biggest concerns, if there was one, as they are in about 65 million out of the approximate 85 million homes in the US that own a pet. Dogs being that majority, with over 60 million of them in US homes compared to cats with just around 47 million. And our biggest concern for contracting most of these zoonotic illnesses would most likely be through the contamination of a food or water source. Again, most people with good hygiene and a healthy immune system are very low risk.  Those who work with sick animals or travel often to undeveloped countries are also at a higher risk.

Now what type of diseases that can be transmitted from dog to human, depend on the method of transportation. 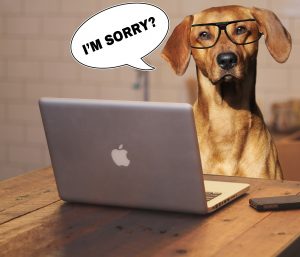 First you have fungus, which a good example of is Ringworm. A lot of people think just because it has the word “worm” in it, it’s considered a parasite like other worm-related parasites. And maybe in a biological sense it can partially be considered a parasite because of the parasitic relationship it develops with its host, but Ringworm is truly a Fungi. A very easy to catch fungi that affects the skin of both canines and humans. IT can be transmitted through direct contact between two species, and because it thrives in damp or moist areas, it can be transmitted by touching objects that have also previously been touched by a carrier such as the sharing of clothing between people, or in communal bathing areas. Fungal infections are generally easy to treat and only require a topical OTC anti-fungal medication. There are some exceptions, but they’re less common.

Next you have the viral method, which would cover diseases such as Rabies. We all know how that works. Rabies is spread through the bite of an animal. Most viruses can not be spread beyond their host species, but good old Rabies makes an exception. For the most part, if treated quickly within 6 days or less from the onset, people can avoid the horrendous disease and have a full recovery to complete health. However, if not caught quickly, once neurological symptoms start to develop, Rabies has a nearly 100% fatality rate for humans. There are some cases when an unvaccinated person has survived, but it is not something I’d count on. In animals, dogs, there’s roughly a 14% survival rate for those unvaccinated. Not really a positive outlook for any species.

Then we have Bacteria, which includes Salmonellosis, Leptospirosis, Lyme Disease, and Campylobacter Infection. Lyme disease is actually a bacteria that is spread THROUGH the bite of specific infected parasite, the black legged tick. There is no proof of it being spread from person to person, or via air, food, water, or from the bites of any other parasites. But it can be contracted by both dogs and humans. So, if you live in an area prone to ticks, both you and your dog are at risk.

Salmonellosis & Campylobacter infections are both common causes of food poisoning and predominantly cause severe gastro effects that usually resolve fairly quickly on their own without the help of antibiotics. Although some rare cases require them. They’re normally transmitted from contaminated feces in multiple ways of contact, usually food or water sources, and can be spread through human or animal stool even after symptoms are no longer apparent. Salmonella can also be spread via saliva from person to person and in the worst-case scenario, a person can become a carrier and spread it for as long as several years, similar to the case of Typhoid Mary. Campylobacter can be spread through directly from animal to human. Both from pets or through the consumption over under-cooked chicken or unpasteurized milk. Both are rarely serious, unless spread to the blood stream.

Leptospirosis can contaminate both humans and dogs, although dog to human transmission is rare and most infections are from water, soil, or food contaminated by urine or other bodily fluids (except for saliva) of infected animals. It can enter through the skin via cuts or scrapes, and mucous membranes. Transmission between people is rare and the majority of outbreaks come from mass exposure to contaminated waters, such as those in flood affected areas. Some animals and people may have no symptoms, or humans may be the opposite and have a large range of symptoms, which is what leads to the common misdiagnosis of other diseases. Without medical treatment it can become serious and life threatening, causing a myriad of other illnesses or even death and infected animals can even carry it in their feces for up to several years. While it’s not as common as other zoonotic bacterial infections, it is a little more serious and prevention should be taken seriously.

Finally, we have our parasites! Parasites are organisms that live on, or inside of, another organism(called a “host”), and obtains is food source either from or at the expense of that Host.

Parasites that can cause diseases are categorized into three major classes: Protozoa, Helminth, and Ectoparasites. 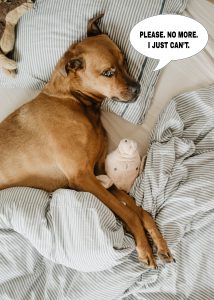 Let’s get even more detailed with some examples!

Protozoans are: Giardia, and Cryptosporidium. Giardia infects the intestinal tract, causes severe gastroenteritis in most cases, and in severe cases, can cause chronic disease, malabsorption issues, or allergic reactions. Like most, it’s transmitted fecal-orally through contaminated food & water or direct contact. Most people who have contracted it though, are usually already suffering from a major disease that has lowered their immunity levels. Cryptosporidium is known as the most common cause of non-bacterial related diarrhea in multiple animals, including us! It’s also transmitted fecal-orally via creepy super durable cysts that spread apart in the feces and can contaminate soil AND water, give us a variety of methods to contract it. For most you may have no symptoms or mild diarrhea but compromised immune system do not fair as well and can have life threatening reactions. Now this one isn’t typically spread between pets and owners because it’s more often contracted by food & water contaminated via cattle origin. But it can affect both humans and canines and in special cases, the infection can pass between the two.

Helminth parasites include: Roundworms, Hookworms, and Tapeworms. There are several types of tapeworms and though considered zoonotic, they do not typically pass from pets to humans despite many cats and dogs being infected with them. The flea tapeworm is usually accidently ingested and more likely to occur in children. It doesn’t often cause noticeable symptoms beyond diarrhea but can be quite shocking when you see it in your child’s bowel movements. Other types of tapeworms are usually passed by accidentally ingesting eggs from the feces of infected dogs, and more common in Canada, because the dog has been fed another infected mammal such as moose or caribou. These symptoms are usually worse and can cause cysts or tumorous growths in the liver or other organs depending on the location. There is also one called Trichinella that has the potential to infect both humans and dogs. Although this is usually caused by eating undercooked meat infected with it and not passed by our pets.

This leaves us with the Ectoparasites: Generally, fleas, lice, ticks, and mites. All Arthropods, but Ticks and Mites are not insects like the other two and instead belong to the Acarina group of Arthropods. All of these can be blood-sucking; however, lice can be either the bloodsucking type OR chewing type, which 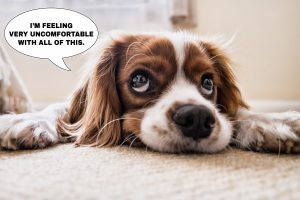 means they live on dead skin. This is quite itchy so when your dog scratches, it causes the skin to get even more irritated and that’s how the diseases they carry, such as tapeworms, can infect your pets. Blood-sucking lice are pretty self-explanatory, they bite and suck blood and transfer disease that way. One thing to note about lice though, is that there are many kinds that can live in many areas and on many types of species. But each species has their own species of lice that they contract diseases from and if that lice finds itself on a different species, it doesn’t stay and live there. There are dog lice and  human lice, although lice are really not that common on domestic pets.

Ticks and Fleas are more common for household pets. Fleas do not live on humans like they do dogs, but they bite, causing skin irritation and scratching. When they bite, they also defecate at the same time, which allows bacteria from their feces to enter through the wound form the bite or the scratching. Ticks actually transmit the most amount of diseases including the well-known Lyme Disease and others such as Ehrlichiosis(a bacterial illness that causes flu-like symptoms in both dogs and humans), Tularemia (which has multiple types, is highly contagious, and can become fatal), Rocky Mountain Spotted Fever (which is hard to detect in the early stages and once the rash indicating the later stages becomes apparent, it can rapidly become life-threatening), and Relapsing Fever (which is appropriately named due to the fact that the symptoms seem to resolve and then return over and over).

Finally, we have mites, microscopic parasites that burrow into the skin or hair follicles on a variety of animals, each with their own species-specific mites, and lay their eggs. Animal mites can not survive as well on human skin they do not cause much damage other than severe itching and skin irritation. A simple OTC cream can clear it up within a few days. Here is where things can get a bit confusing – Mange and Scabies. Both conditions caused by mites. Different species of mites on different species of animals. Scabies is the condition humans develop from their own subspecies of mites, while mange is a condition dogs develop from another. These particular human specific mites do require medical treatment and can be easily shared with others through prolonged contact via skin or less often through shared clothing or bedding. Then there are some mite species that can transfer to humans from dogs and cause infections in both, which for dogs, is what we refer to as Sarcoptic mange, compared to the more common Dog only Demodex mange.

So, there you have it. Probably everything you ever wanted, and definitely more than you wanted, to know about zoonotic disease.

Don’t forget to hug your pet tight tonight, give them a kiss on the head, and snuggle them close.  I’m just kidding. Maybe you need some time apart to process this. Take a day or two. 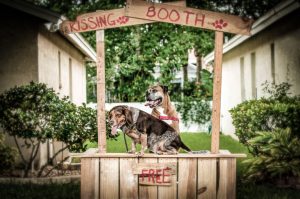